Latest Updates:
The Session of the Assembly has been adjourned till Monday 5th December, 2022 at 02:00 P.M Budget Documents for the Fiscal Year 2022-23 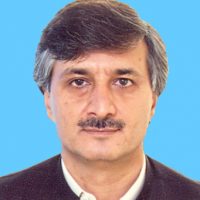 Sardar Hussain Babak, born on June 1st 1972, is a Pakistani politician from the village Totalai, Buner District of Khyber Pakhtunkhwa who is currently a member from PK-22 Buner and Parliamentary Leader of the Awami National Party(ANP) in the Khyber Pakhtunkhwa Assembly.

Education:
Masters in Journalism and Mass Communication from University of Peshawar.

Achievements:
Sardar Hussain Babak was given the Ministry of Elementary and Secondary Education in 2008 where he took some great initiatives for the well being of the people of Khyber Pakhtunkhwa.
He started work on the curriculum reforms in the very beginning of his ministerial responsibilities. The basic aim of the reforms was to make it up to date, inclusion of regional languages and a language authority was also established for the five regional languages and its curriculum. Under the leadership of Mr. Babak, a new service structure was made for the teachers of Khyber Pakhtunkhwa. Management and Teaching cadres were also made separate categories. During 2008-13, the Ministry of Education established libraries in high and higher secondary schools across the province. The provision of sports facilities to the educational institutions was another milestone which Ministry of Education achieved during this tenure. He also initiated the arrangements of conceptual based training for teachers. Another milestone was the allocation of 70% budget for female education. To combat the dropout ratio, a scholarship with the name “Rokhana Pakhtunkhwa” scheme was initiated with the collaboration of Private schools. Under the mentioned scheme, students of higher grade were enrolled in Private schools of those areas where the Govt schools weren’t available. The Ministry of education also established University campuses and Professional institutes in a record number which wasn’t seen in the history of Khyber Pakhtunkhwa. Under the leadership of Sardar Hussain Babak, schools were reconstructed in the military hit areas.